The most precise measurements to date of the hypertriton lifetime and Λ separation energy are obtained using the data sample of Pb-Pb collisions 5.02 TeV. Read more ...

ALICE Upgrade Week will be held in Prague from 19 to 23 September 2022: More information.. 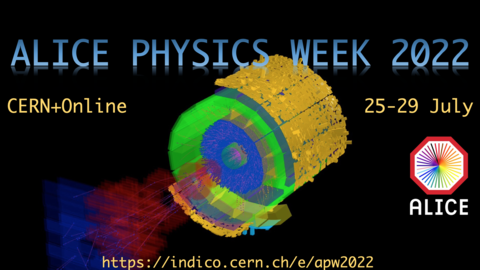 On 5 July, after more than three years of long shutdown, the physics season started at the LHC with a new energy world record. more information ...

Launch of the LHC Run 3: live streaming on 5 July at 4PM 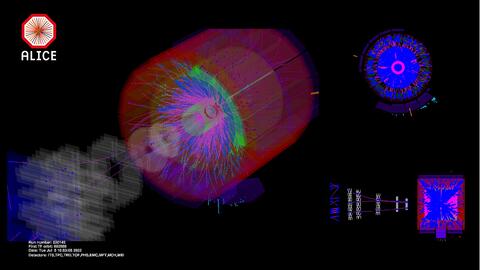 On 5 July, after more than three years of long shutdown, the physics season will start at the LHC with a new energy world record. Connect on Facebook, YouTube, Instagram or LinkedIn.  more information ...

The ALICE Collaboration reports a wide range of new physics results at the International Conference on Strangeness in Quark Matter (SQM2022) this week (13-17 June 2022). The scope of the conference includes strangeness and heavy-flavour production, as well as correlations and fluctuations, as tools to study the quark-gluon plasma and the strong interaction in nuclei and in compact stars. The ALICE Collaboration participates in SQM2022 with 2 plenary, 26 parallel and 9 poster presenters. Read more... 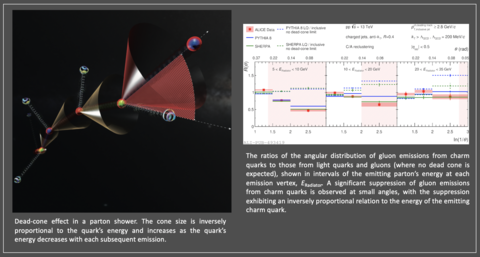 The ALICE collaboration at the Large Hadron Collider (LHC) has made the first direct observation of the dead-cone effect – a fundamental feature of the theory of the strong force that binds quarks and gluons together into protons, neutrons, and, ultimately, all atomic nuclei. In addition to confirming this effect, the observation, reported in a paper published in Nature, provides direct experimental access to the mass of a single charm quark before it is confined inside hadrons. Read more...

The ALICE Collaboration reports a wide range of new physics results at the Large Hadron Collider Physics conference (LHCP2022) this week (16-21 May 2022). The status of the upgraded detector commissioning for the LHC Run 3, prospects for further upgrades for Run 4, and the completely new heavy-ion detector ALICE 3 for Run 5 and beyond are also presented. The ALICE Collaboration participates in LHCP2022 with 6 plenary, 17 parallel and 11 poster presenters. The plenary presentation on 16 May reports the highlights of new ALICE measurements and the status of the experiment. A selection of these topics is presented in the following sections. Read more...