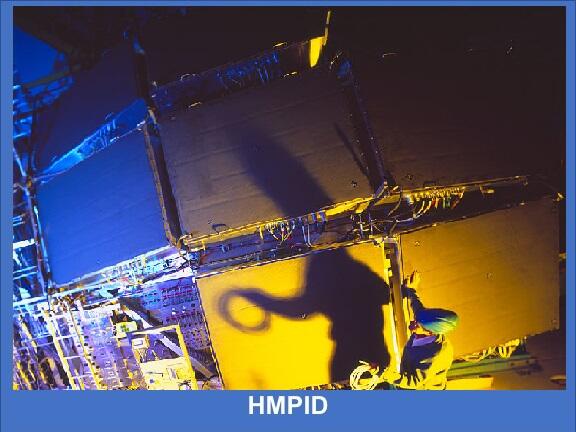 The ALICE High Momentum Particle Identification Detector (HMPID) identifies charged particles (pions, kaons and protons) having large momentum. In proton-proton or heavy-ion collisions a large amount of various types of particles is produced, from hundreds up to thousands. Particle identification provides information on the status of nuclear matter during the very energetic collisions which reproduce the conditions of the early stage of the Universe, a few millionths of a second just after the Big Bang, when matter is supposed to exist in the form of Quark Gluon Plasma.

The HMPID is a Ring imaging Cherenkov detector consisting of two main parts: a radiator medium, where the Cherenkov light is produced and a photon detector providing patterns for the particle identification. The system exploits three inventions awarded with a Nobel Prize: the Cherenkov effect (P. Cherenkov in 1958), the photoelectric effect (A Einstein in 1921) and the MWPC - Multi-Wire Proportional Chamber (G.Charpak in 1992).

Particle identification plays a key role in the complete understanding of heavy ions collisions. The HMPID consists of 7 RICH counters of 1.4 m x 1.3 m each. They are installed on a support cradle inside the ALICE solenoid. It is the largest RICH detector using CsI photosensitive elements ever used in High Energy Physics experiments.

The High Momentum Particle IDentification (HMPID) system enhances the particle identification capabilities of ALICE beyond the momentum range allowed by the energy loss measurements (ITS and TPC) and by the TOF. The HMPID detector has been designed to extend the useful range for the identification of p/K and K/p, on a track-by-track basis, up to 3 GeV/c and 5 GeV/c respectively.

It provides inclusive particle ratios and transverse-momentum spectra in the region relevant for the study of phenomena connected with the pre-equilibrium stage of the nucleus–nucleus collisions. The low yield of high-momentum particles in Pb–Pb collisions at the LHC energy regime justifies the single-arm geometry of the HMPID covering about 5% of the central barrel phase space. The HMPID is based on proximity focusing Ring Imaging Cherenkov (RICH) counters and consists of seven modules mounted on an independent support cradle, which is fixed to the space frame, at the two o’clock position.

As from 2021 the HMPID will be equipped with two aluminum targets to allow for the measurement of the (anti)-deuteron inelastic cross section. 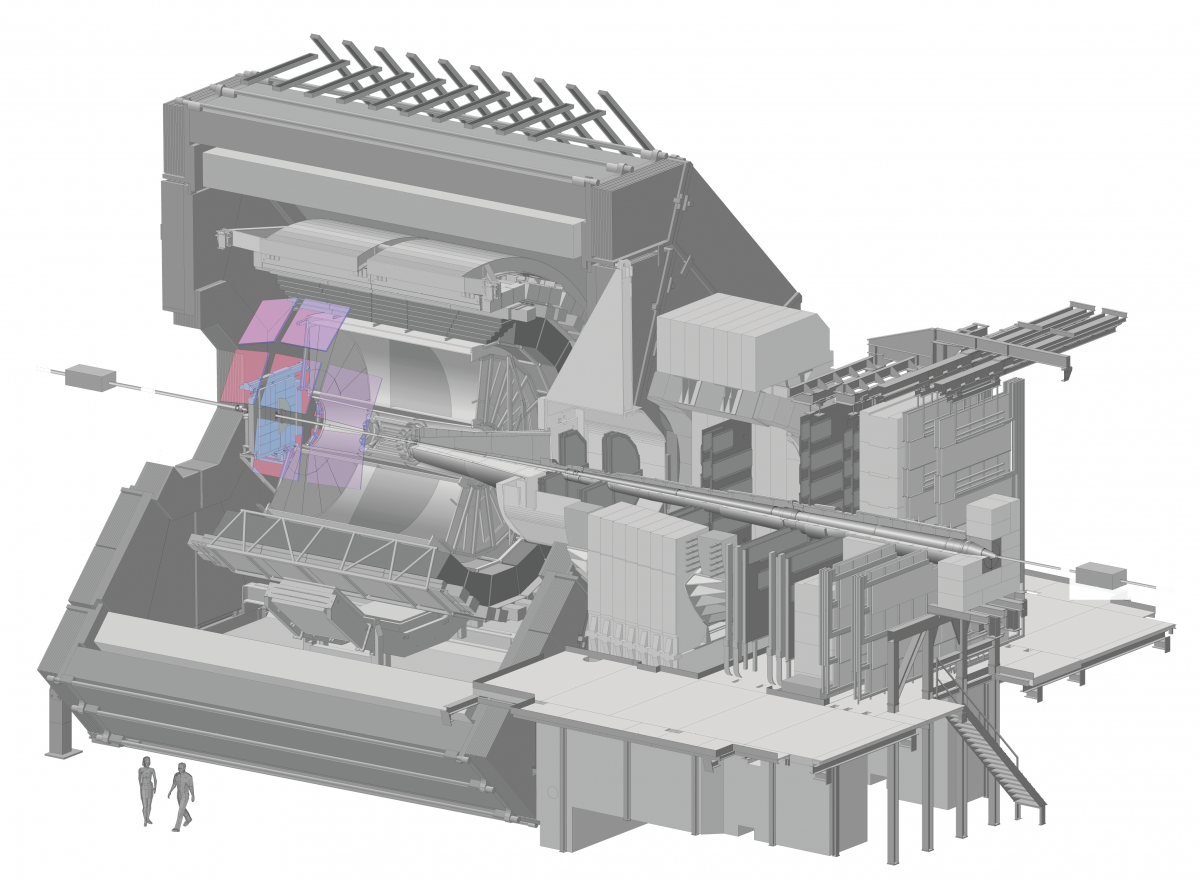