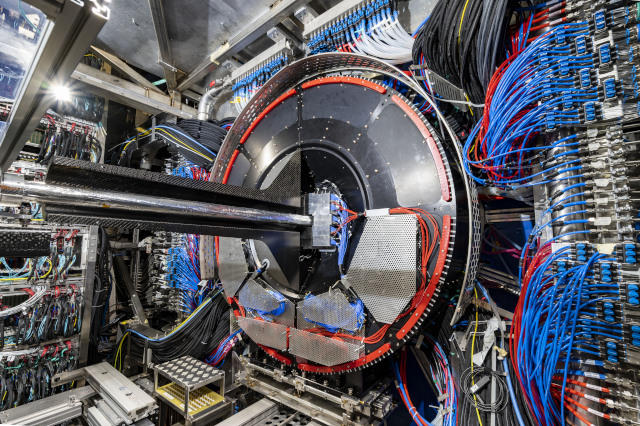 The ALICE detector is being steadily reassembled after three years of dismantling, building, testing and reinstallation of the subdetectors. This major LHC experiment received its last new subdetector on Monday, 21 June 2021, when the Fast Interaction Trigger (FIT) was lowered into the Point 2 cavern. The 300-kg disk, together with the three other FIT arrays, will serve as an interaction trigger, online luminometer, initial indicator of the vertex position and forward multiplicity counter. It is now secured next to the central tracking detectors inside the L3 magnet.

This polyvalent subdetector was conceptualised, reviewed and approved by the ALICE Technical Board in early 2013. It is the fruit of an intense Research and Development effort involving prototype tests at the Proton Synchrotron. Among the 60-plus scientists from 17 institutions who contributed to the FIT design, construction, testing and installation, the Muscovite team at the Russian Institute for Nuclear Research faced major challenges with the design of the new, fully digital, front-end electronics and readout system.

FIT relies on three state-of-the-art detector technologies underpinning components grouped into five arrays surrounding the LHC beamline, at -1, +3, +17, and -19 metres from the interaction point. The diversity of the detection techniques and the scattered positions are needed in order to fulfil the subdetector’s many required functionalities. Among the three components that make up the FIT detector, the FT0 is the fastest: comprising 208 optically separated quartz radiators, its expected time resolution for high-multiplicity heavy-ion collisions is about 7 picoseconds, ranking FIT among the fastest detectors in high-energy physics experiments. This impressively precise timing is crucial for online vertex determination and for identifying charged lepton and hadron species using time-of-flight.

The second component, a segmented scintillator called FV0, innovates with a novel light-collection scheme designed and manufactured at UNAM, Mexico. The largest of the three components, the FV0 makes use of its size to provide optimal acceptance, which is vital for extracting centrality and determining the event plane – key parameters characterising a heavy-ion collision.

Finally, the Forward Diffractive Detector (FDD), consisting of two nearly identical scintillator arrays, can tag photon-induced or diffractive processes by recognising the absence of activity in the forward direction. It also serves as a background monitoring tool. 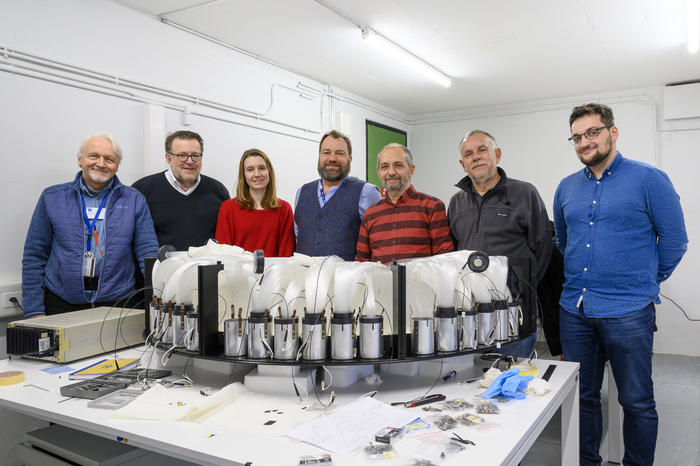 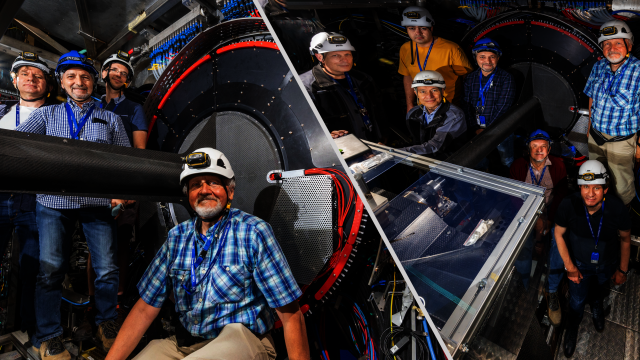